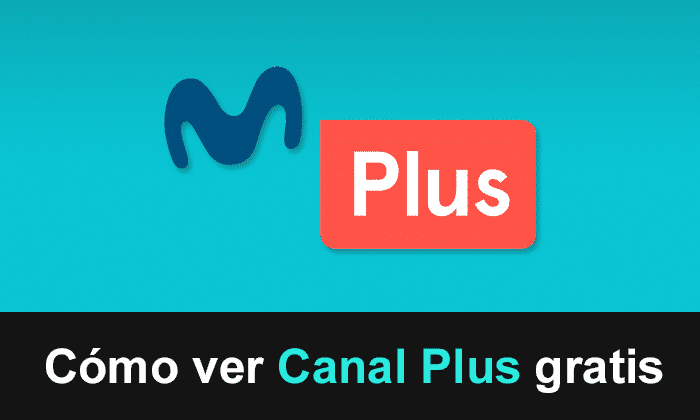 For some years the most relevant platform for watching television in Spain was Canal + (Canal Plus). This channel was consolidated as one of the most important for viewers. From Canal Plus you could find series, movies, sports in general and all kinds of content. Its popularity was such that people were looking for a way to see Canal plus for free online.

It was not until December 2016 that Canal Plus stopped broadcasting its programming. Then before the year was over, Movistar Plus announced that the channel would be broadcast again from its platform with the name of Channel #0. Being the same channel transmitting general content exclusively from the Movistar platform.

Therefore, since then people continue to refer to this channel as Canal Plus or as Canal #0, some people even call it the Canal Plus de Movistar. What is really important is that we can continue to enjoy the programming that is broadcast on this channel.

Currently if you want to enjoy Canal Plus de Movistar legally, you have to purchase a subscription on the Movistar Plus platform. To view the content you can use any of the alternatives they have to enjoy their programming, either from a TV, from a laptop or computer, from a mobile device or tablet, or even a Chromecast.

All this is possible as long as you are Movistar users. To be one, you will have to pay a monthly subscription to the services offered on their platform. However, many people do not have the availability to pay for such a subscription. For this reason, in the following article we will talk about the options for watch Canal Plus for free without a subscription to Movistar.

How to watch Canal Plus de Movistar on Mobile or Tablet

If you are interested in watch Canal Plus for free using your Android or iOS deviceThroughout the article we will talk about the alternatives that are currently being used to view streaming television channels. So not only will you be able to watch Canal Plus totally free, you will be able to find a large number of channels available both from Spain and from other countries.

What we will do is use mobile applications, both for Android and iOS. These applications have the function of internet protocol television, which allows us to add servers to view streaming channels. This type of service is usually paid, since you can buy private servers that will provide you with a good service. However, there are public servers that you can find for free by Google.

These types of apps are available on Google Play and App Store while you are, do not violate copyright. But, there are certain applications that instead of working only as an IPTV player, include servers to watch a large number of channels, and this is not legal.

All apps that already include channel servers within you can only install them by downloading the APK outside of Google Play. Applications of this type usually provide a simpler service to the user since you will not have to be looking for available servers or paying for a service.

However, these types of apps cannot be published on Google Play or the App Store as it is not allowed to infringe copyright. This the user could ignore but, these types of apps do not guarantee the security of your mobile device so you have to be careful when using an app like this.

This is quite a popular application for playing multimedia content and watch streaming content using its list feature. To see channels like Canal Plus totally free you will need to search through Google for M3U or W3U lists that include these channels.

This way you can have the entire repertoire of Movistar Plus on your cell phone, tablet or even Cromecast. WisePlay is only available on Android devices.

Another quite popular application, even much more than the previous one, is Kodi. This app consists of a multimedia center with extremely comprehensive and advanced functions. This application is available on multiple platforms, you can find it on Android, iOS or you can even download it from your computer or PC.

If you want watch channels like Movistar's Canal Plus using Kodi you will need to connect to IPTV servers. Kodi includes special and advanced functions so you can even have a television guide configured.

This application is intended to be used on televisionsThis is due to the size and breadth of its interface. So it is recommended to use it through an Android TV, Apple TV or from a monitor with a considerable size.

What's more, Kodi is quite a complex application if you are a new person in this world of IPTV services. So if it is the first time that you use an application like this, perhaps Kodi is not the best option.

This app is one that could be the favorite of sports lovers. Using Libre Directo GP you can directly find a whole list of each sporting event categorized by dates. The application is even so functional that you only have to install it to see each of the options available to watch in Streaming.

Libre Directo GP is an Android application that not available in the Google Play store. This is because the application includes within the links to watch the sports channels it offers. This can be as effective as it is counterproductive, as the app relies on external servers to function properly.

It is an interesting option for those people who just want to install the application and start watch channels like Canal Plus for free. However, at the beginning we mentioned the disadvantages of this type of application, so you always have to be careful with this type of app.

Among the apps that are not available in the Google Play store, Mobdro is probably the most remarkable app. This has a very pleasant interface for the user, where you can find broadcasts from channels from all over the world in a categorized way.

Without a doubt, Mobdro offers a facility for users since you don't have to add any server. You just have to install the application and go to the category where the channel you are looking for is located. So you can not only watch Canal Plus for free, you can watch news channels, series, movies, sports, music, technology and much more.

It only negative that we can comment about this application is that most of the content is in English. However, we can still find many other channels in Spanish and in other languages.

Suitable for installing apps that are not available in the store

Throughout the article we have talked to you about applications that you can install directly in mobile stores. However, we have also shared some apps that you can only install through an APK, which poses a risk to the security of your mobile.

How to watch channels from your PC or computer

If from mobile it is possible to see live channels such as channel plus totally free, from the PC the possibilities are much greater. The ease of using a computer is that you may be able to install emulators, operating systems or use cross-platform programs. So if you prefer to watch streaming channels from your computer, it will be totally possible.

There are many applications, programs, or even websites, that are available to watch live channels of all kinds. Between them we have:

In addition, we can include in our list all mobile applications to use them on PC. Given that using Android emulators it is possible to download any application available without any limitation.

So that if you prefer to download a mobile app from your PC, we recommend using any of the following emulators.

To use the emulators only you must download them from their official website, install and run them. Then you must follow the steps just as if you were using an Android device. You head to Google Play or Aptoide, and then install the app of your choice.

Conclusion on how to watch Canal Plus totally free

Thanks to the internet, the options to watch streaming channels are so many that not all of them would fit in a single article. Therefore, we have told you the best options and alternatives you can use to watch streaming channels from your mobile, tablet or from your computer. These options stand out among the majority and although we may miss some important ones, these would be more than enough.

However, even though it is possible watch channels like channel plus for free. The most advisable thing is to acquire the Movistar Plus official service. Since in this way we will be supporting the platform that legally transmits all these channels. And also, we save time looking for alternatives that at certain times turn out to be offline or not available.